MaxiCalc v1.5 now supports 12 languages! We can’t believe we came so far, in less than a year!

In the past three months we’ve seen MaxiCalc frequently reaching top #100 in many countries.   in 35 of them MaxiCalc made #1 overall paid iPad app! Big countries and small countries: thousands of people are using MaxiCalc around the world, most of them don’t speak any of the few languages we were offering.

So, besides the existing 5 languages, English, French, German, Portuguese  and Spanish, MaxiCalc is now also translated to: Arabic, Japanese, Italian, Korean, Russian, Turkish and Chinese. In total, we worked with 29 translators – we are so grateful for their care and attention.

Anyway, there can always be something wrong: if you notice something weird or that could be more natural in your language, we ask you to use the built-in support option inside MaxiCalc: tell us! We really appreciate!

There are still many languages yet to be included in the future. But lets just stop for a minute and contemplate what we accomplished together… isn’t it nice? Thank you all for helping us! 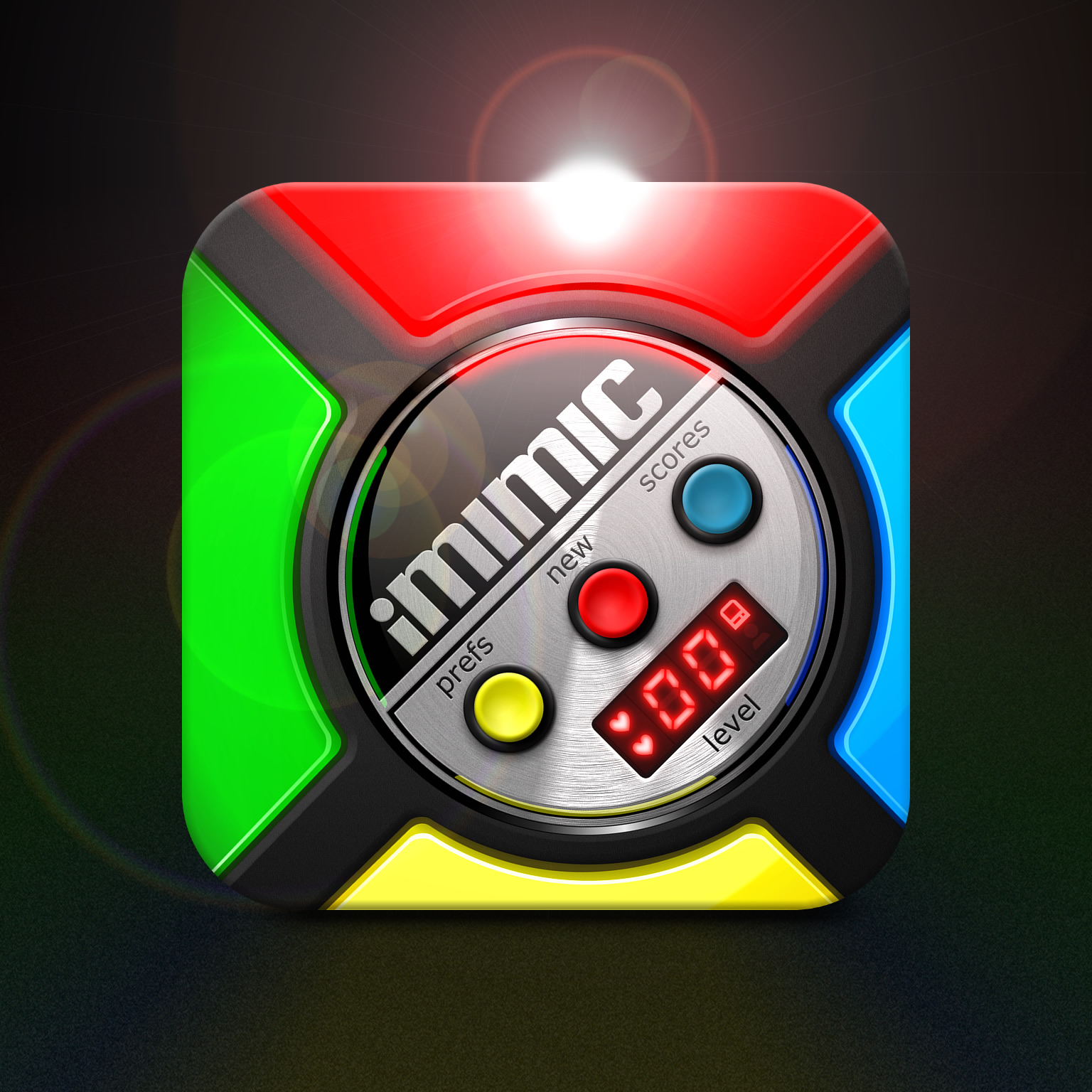 MaxiCalc has an older brother, iMimic: a retro electronic memory game. iMimic just got jealous and wanted to show itself in details as well. Why not?

Get iMimic on the App Store, free! 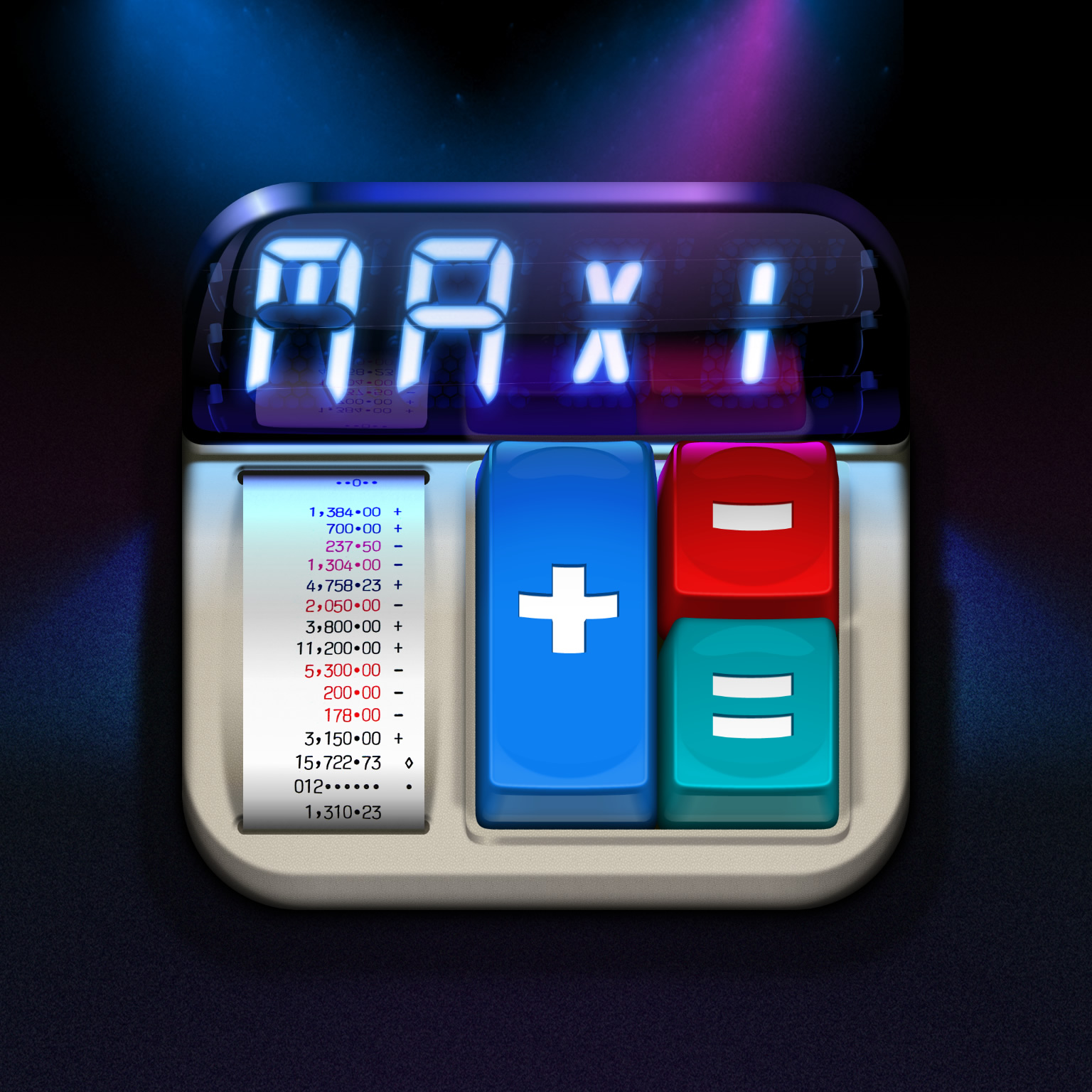 Icons are, by definition, small. In its biggest form, on the retina display, users see a 144×144 pixel image. But developers are requested to provide a much bigger version: an incredibly super sized 1024×1024 pixel iTunesArtwork file. This much bigger and detailed version is used automatically in several places with different resolutions inside and outside the App Store, so, it is very useful providing a big file once and Apple has liberty to do whatever they need with your icon.

But, sadly, users don’t usually see this big, high-definition, awesome piece of imagery… Maybe you are a designer or simply enjoy icons, so:

Take a look at MaxiCalc iOS Icon in its full glory 🙂

Get MaxiCalc on the App Store.

The Beta week is over – as we’ve imagined there were a couple of really interesting bugs to be fixed and it seems solid.

The last tricky thing was about Marketing. App Store allows you to show 5 images of your App. They call it ‘screenshots’ but it is actually much more than that. If you have something to say to potential buyers, chances are the only real opportunity relies on those 5 images – so, it is not just making screenshots and uploading them… you really must put some effort on creating convincing scenarios in which your app will be useful to the user and write concise, powerful texts to clarify what your app is all about.

You just don’t do that in English. Ideally, we should at least do it in 8 major languages. This time we started only with 3: English, Spanish and Portuguese (we will certainly expand it in next updates). The choice of words is a perfect blend of highly entertaining brainstorm and hell’s nightmare – you bring 4 people in a room and the same words give distinct meanings and nuances for every single one of them.

But, you eventually finish everything and the big moment arrives. It was today. We compiled it for the last time. Packed. Digitally signed and Submitted.

MaxiCalc, our kid, is now on its own, far from us – waiting in a long line of anxious Apps to be reviewed by someone at Apple. How exciting is this! Ok, maybe we are romanticizing a bit… a lot. But it is not that different from a big premiere after months of rehearsals and preparations.

We can’t wait for MaxiCalc to be finally out for everyone to see it, hopefully buy it and use it.

We are so excited to finally have MaxiCalc on Beta! As many other developers, we use TestFlightApp.com as a tool to manage our testers and gather information from their iPads. It is a great tool and make the whole process much easier for testers than it used to be in the past.

Ok, when we say ‘testers’, we actually mean some friends and family. They register their devices in TestFlightApp. Apple doesn’t allow you to generate an easy ‘executable’ for anyone to put on any device… you need to have specific details from the list of iPads in which you are going to test the app.

With this information, Fernando made a ‘build’ (ad hoc distribution) who only work on this group of devices. Fernando did all this work and uploaded the ‘signed binary’ to TestFlightApp and our dear testers are notified by email.

For testers, it is not complicated: they open the email on their iPads and click ‘install’. After that, it is just using MaxiCalc like a normal App. The only special thing is: after 4 months this app will expire and stop working on their devices. But it is more than enough time for them to test, find bugs and give feedback.

I can’t wait to launch MaxiCalc for real on the App Store!